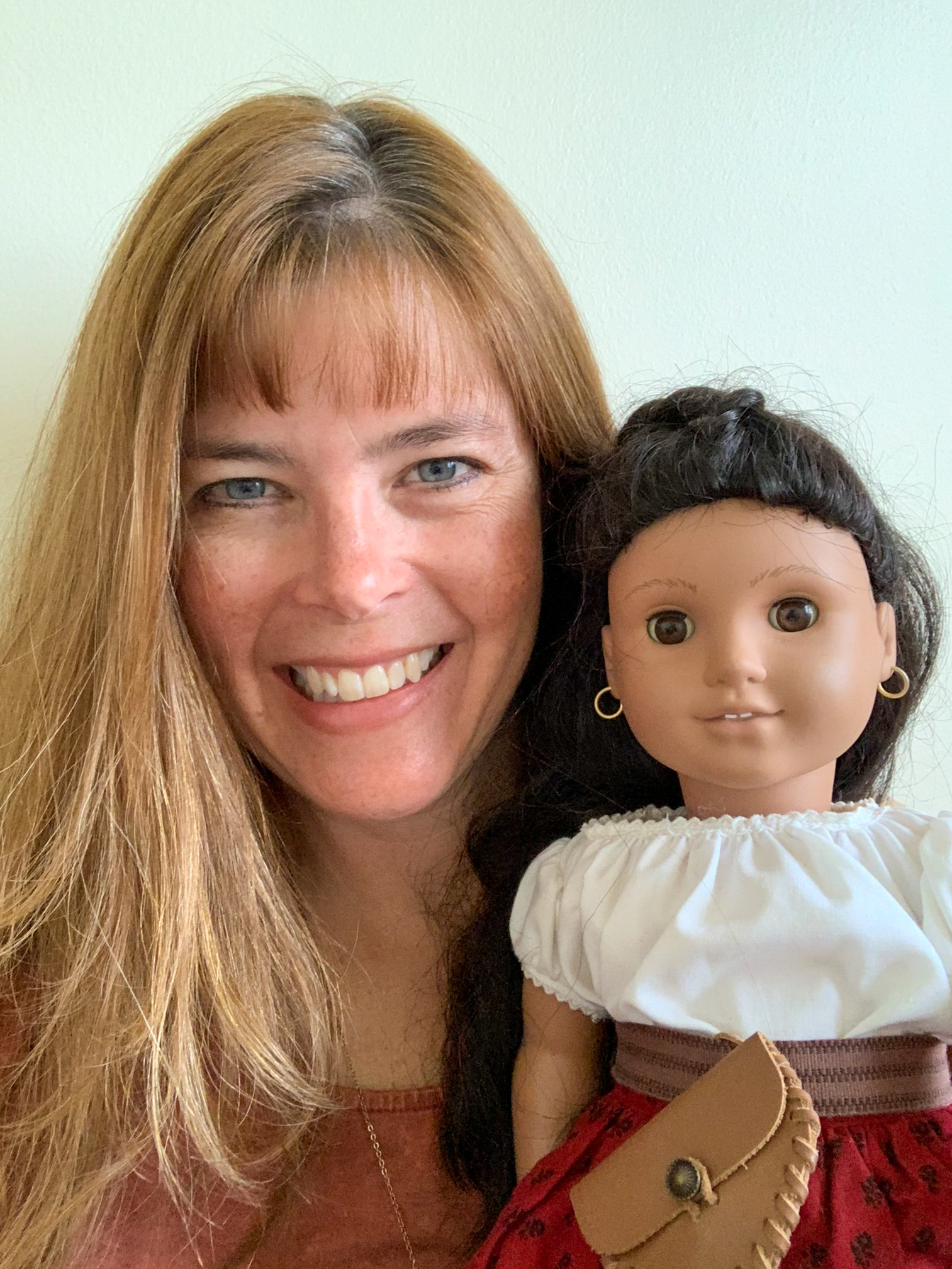 The American Girl company created a line of dolls tied to specific, historically significant eras including the years of 1941, 1954, and 1985.

The dolls came with a series of books to explain, through the characters’ eyes, how women and girls played a role in shaping history.

“I thought that was the coolest way to teach history,” she said.

Mansfield’s daughters collected the popular dolls and many of their accessories, she said.

Mansfield read the historical fiction books to get her students interested in history when she taught fourth grade, she said.

She decided to take the dolls and the books to YouTube when the pandemic sidelined schools in 2020.

Mansfield reads one chapter per video. She incorporates a history lesson after reading the chapter including using some of the doll’s accessories. Mansfield also creates her own timelines, maps, and other visual components for the lesson, she said.

“I just think it’s a unique way to connect to history,” Mansfield said.

“Once you have a personal connection to someone you can hold onto the dates, wars and who did what.”